I've been walking on air lately with the release of my third (yep, third!) book, Productive Spindling.

The question that comes up most is, what is in the book. My Productive Spindling class is a hands-on version of the book, and the blurb tells a good story, but you may find the Table of Contents satisfies your curiousity even more (click for bigger):

Productive Spindling is available from these fine retailers:

The retailers cover many shows I'm not able to reach, so if you want the book in your hands before you put down your $18 (or if you want to skip the shipping costs!), be sure to look for one of us at a show in your area.

Productive Spindling is available wholesale from me and also from Unicorn Books. 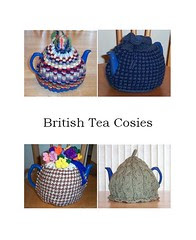 What were the first two books, you ask? First, a little one called "British Tea Cosies" -- which quickly went out of print when Fiber Trends purchased two of the patterns outright, Nanny Meier's Tea Cosy and Braided Cable Tea Cosy. They remain favorites in their line to this day :)

And, if you like back stories and have a Ravelry account, you can see some of the development of Productive Spindling on this thread in Follow The Bellwether, and with my initial announcement of its availability here.
~~
posted 14 July 2009 at http://askthebellwether.blogspot.com/ updated 15 September 2009 with additional retailers
by Amelia of Ask The Bellwether

I've already order a copy, and now I especially rejoice to see that it covers things I wanted to read about (e.g., cop building). I need some new techniques in that dept.

Oooh, gotta get that!

Gratulations with your new book.

I was delighted to find Productive Spindling is sold by Scottish Fibres (so I've got a copy at last!) I think you should add them to your list of retailers as there may be other people in the UK who want to know where they can buy the book :)

Thanks all for the lovely comments.

@Dorothy: yay! They have such neat stuff, so my book's in good company there. I've added them to the main entry too :) thanks for the note!